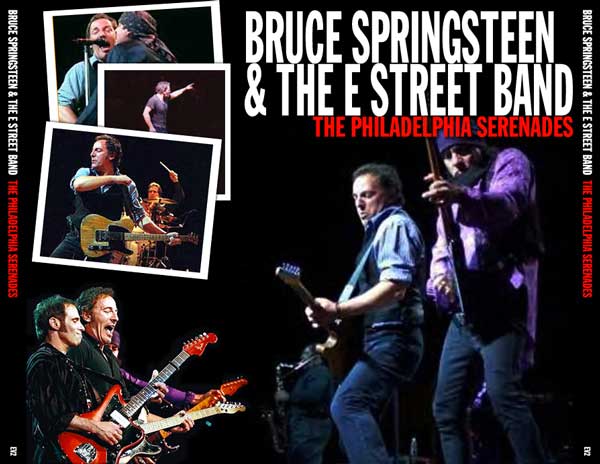 This bootleg, made by Ev2, is the recording of one of the best setlist of Reunion Tour.

Bruce Springsteen and the E-Street Band played several gems in Philadelphia, like Incident On The 57th Street (first time since December the 29th 1980) and New York City Serenade, which had been played only four times during the Reunion Tour. 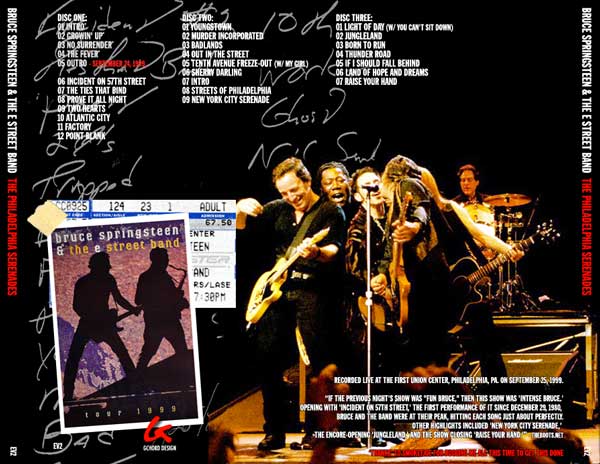 I’ve tried to edit this for probably more than a year (many many tries) and finally got something out of it.

To fill the space on disc one (from moving Youngstown .. Out In The Street to disc two) I used tracks from the previous night’s (24/9) birthday show to begin this boot. They’ll give you a feeling what that show was like.

Description from TheBoots.net (Thanks to Flynn):
“If the previous night’s show was “fun Bruce,” then this show was ‘intense Bruce.’
Opening with ‘Incident on 57th Street,’ the first performance of it since December 29, 1980, Bruce and the Band were at their peak, hitting each song just about perfectly.
Other highlights included ‘New York City Serenade,’ the encore-opening ‘Jungleland,’ and the show closing ‘Raise Your Hand.'”