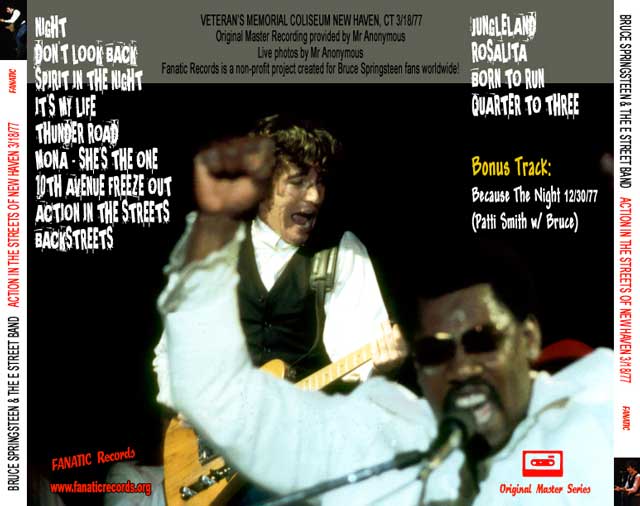 The “Original Master Seriesî is made possible by Mr Anonymous. According to BruceBase previous circulating copies were missing the first 2 tracks. To the best of my knowledge this complete version has not be made available to the majority
of fans. Some EQ work was necessary to made the sound a bit brighter, since the recording was made from the back of the room.

Overall not a bad recording to have. To sweeten up the set, included is a bonus track of the world live debut of Because The Night with Patti Smith and Bruce at CBGBs in New York on December 30, 1977.

Fanatic Records in association with Mr Anonymous is proud to share this original master recording with Bruce Springsteen fans worldwide!